There are two times of the year for football fans. There’s the season itself, and then there’s the torturous time spent waiting on another season to begin. Fortunately, free agency and the NFL Draft were both informative, so fantasy football players learned a lot about the upcoming 2015 campaign. Here are four NFL players you’ll want on your fantasy team this upcoming season. 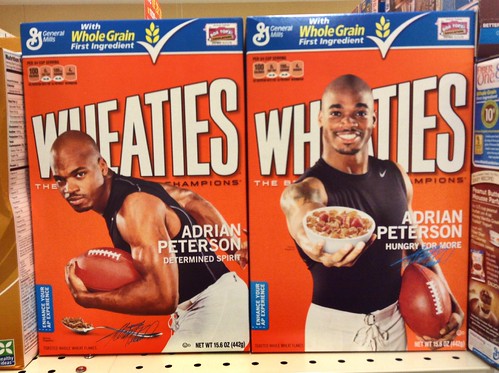 Last year was unpleasant for the finest running back of his generation. Adrian Peterson was arrested twice, once after an admission that he’d used marijuana, and another that grabbed all the headlines. No matter where you stand on Peterson’s parental skills, the good news is that he’ll be healthier than any 30-year-old running back in recent NFL history due to last year’s suspension.

When Peterson last played a full season, he rushed for over 1,250 yards and 10 touchdowns. Now that the Minnesota Vikings finally have a decent quarterback, his 2015 value is even higher. Expect him to return to his glory days as a top-three starter at his position.

Perhaps you were too busy laughing at the NFC South and especially the woeful Atlanta Falcons to notice what Jones did last season. While the team somehow found itself 6-9 yet on the cusp of winning the division, Jones eviscerated the opposition. For the year, he had 104 receptions for 1,593 yards and six touchdowns. Those are impressive numbers for anyone, and they were good enough for third in the league in receiving yardage.

Now consider that Julio Jones only played in 15 games last year and missed significant time in two others. Already a fantasy superstar, Jones is upwardly mobile. At the age of 26, he’s entering his prime as a receiver. Also, since he’s been injury-prone throughout his career, you may trick some foolish person in your league into dealing him. By missing week 15 last year, Jones cost some GMs in the playoffs, and people remember those failures more than regular season excellence.

2014 was a down year for the superstar tight end, which speaks volumes about how much fantasy players have come to expect from him. While suffering from nagging injuries and missing two games, Graham still managed to catch 85 balls for 889 yards and 10 touchdowns. Then, for no apparent reason, the New Orleans Saints decided to deal one of their best players as part of a brutal firesale that’s left them depleted for 2015.

New Orleans’ loss is Seattle’s gain. The team that was one ill-fated goal line call away from winning consecutive Super Bowls somehow tricked the Saints into trading a generational talent for a center and a first round pick.

If you find a similarly gullible opponent this season, feel free to brutalize them with a ludicrous offer. A fantasy football league would have rejected the Graham trade as unfair, but there’s no such mechanism in the NFL. All that happens is that a bunch of other owners roll their eyes in frustration. Graham is a superstar at tight end, and he’ll put up even bigger stats with Russell Wilson throwing him the ball. Drew Brees has gotten long in the tooth.

Doc’s Sports pegged the Heisman Trophy candidate as the frontrunner last season, so his winning the award wasn’t a huge surprise. Oddly, the Tampa Bay Buccaneers chose to pass on the smarter, more talented quarterback with the better college track record in favor of troubled player Jameis Winston instead.

In keeper leagues, GMs are rarely creative. Since Winston was the top pick, everyone will target him early in drafts. You should capitalize on the herd thinking by maneuvering to draft Mariota with a lower pick. In a perfect world, you could even trade down with someone who covets Winston, pick up a player or an extra pick, and then take the quarterback you should prefer, Mariota.

The new Tennessee Titans quarterback will make fewer mistakes, has better skill position talent, and isn’t as likely to wind up on TMZ. Since he’s also extremely fast, he’ll even net you some rushing yardage on broken plays.

Winning your fantasy league is about targeting the right players. All of the ones listed above are considered damaged goods by some, but you’re smart enough to know that they’re the keys to your inevitable championship trophy.